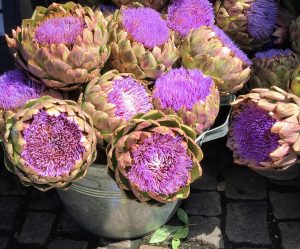 Experiences of childhood neglect result in many difficulties for an adult – most profoundly when it comes to relationships. The main struggle is the inability to be vulnerable and trust that another person will meet ones emotional needs. This plays out in intimate relationships when someone wants to get close to a person who has been neglected but due to fear of abandonment (either emotional or physical), that person may reject gestures of care and support. In many cases, neglectful behavior by a parent is inconsistent which makes it even harder for a person to trust a friend or partner. They don’t know what to expect and even though someone seems trustworthy, there is fear that they could disappear or reject them at any time. Being vulnerable can feel almost impossible for someone who was neglected in childhood. The risk of getting hurt is just too great.

It can be hard for adults who were neglected in childhood to connect with others and build healthy relationships due to deep seated fears that they aren’t worthy of love. Because they were not properly cared for in the formative years, they believe there is something inherently wrong with them. This leads to feelings of shame (“I am bad”) and such problems as substance abuse, risky sexual behaviors, etc may arise as the person tries to self-soothe.  The tendency to be involved in domestic violence relationships is also common since the person believes they deserve to be punished and cannot imagine how to handle receiving love from another.

Treatment for neglect first involves building a solid, trusting relationship with the therapist in which boundaries are put in place and the therapist models what a nurturing, dependable relationship looks like. Coping strategies are developed such as distress tolerance skills so the person is able to regulate their emotions when anxiety around abandonment arises. Cognitive behavioral therapy is useful in changing a person’s schema around worth and lovability.

People with childhood neglect histories are actually not more likely than others to neglect their own children. In fact, I have seen the opposite – they can oftentimes be very protective and involved parents because they remember how it felt to be abandoned and are concerned with meeting their own children’s needs. In many cases though, people who are neglected may be afraid to have their own children as they feel they lack the skills necessary to properly care for them.

Neglect is similar to abuse in that is has damaging effects on the emotional and physical well-being of the child into adulthood. It can sometimes have even more harmful consequences such as failure to thrive or cognitive impairments if the neglect is extreme. Most therapists consider neglect to be a form of abuse but because it can go unnoticed due to the lack of obvious physical signs, many children suffer in silence and do not receive the help they need.  Through awareness of what could be causing one’s relationship difficulties and the effective treatment options available, people with neglect histories will hopefully be able to receive the support they deserve in order to thrive.