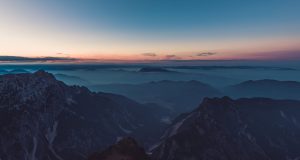 As a therapist, I often refer to the six stages of change originally developed by Prochaska and DiClemente in 1983 when helping clients through a transition.  For most people, it can feel overwhelming to try and make changes in one’s life.  There is usually a lack of understanding of why it takes so long to create lasting change and why it’s so easy to fall back into old habits.  Additionally, as a domestic violence specialist, I often get asked, “Why doesn’t she just leave?”.  I have worked with many clients who find leaving an abusive relationship to be extremely difficult.  I realized that using the stages of change as a framework to explain why this is could be helpful in building understanding.

The first stage of change is precontemplation.  This occurs when a person is simply not acknowledging (or is in denial) that there is a problem that needs to be addressed.  They tend to defend their behavior and are unwilling to try something new.  A victim of domestic violence would deny that she is being hurt or that her partner is, in fact, an abuser.  She will likely make excuses for him, blame herself, or refuse to talk honestly about the relationship.  In this phase though, seeds can be planted and conversations can be started that present new ideas and information.  Victims in the precontemplation stage will oftentimes be introduced to a counselor, but it usually takes several more points of contact for them to connect in a meaningful or consistent way.

In the next stage, contemplation, people will start to become aware of the negative consequences of their behavior but are afraid of what it would take to make changes.  Trying something new is a risk and requires a great deal of time, energy, and resources.  When looking through a domestic violence lens, there are other costs such as retribution by the abuser, potential homelessness for the victim (and any children), loss of money, etc.  Although freedom could potentially be gained, the victim is also losing companionship, what she has considered to be “love”, etc. In this stage though, the victim will start weighing the pros and cons of leaving and possibly be open to help.  A sense of curiosity will hopefully be created here so the victim can start imaging a way out.

The third stage is preparation.  At this point, a commitment has been made to change one’s behavior and determination increases.  Depending on how complicated the situation is, this phase can last for days, weeks, or months.  Information gathering is still taking place and factors such as safety and mental health are being attended to.  The client will be open to seeking shelter or moving away from the abuser, and she may start to acknowledge all the abuse she’s endured, have realizations about the relationship, and understand for possibly the first time how she got to this place.  The challenge with the preparation phase is that if a person is pushed too hard here, they may retreat because it all feels too overwhelming.

After successfully moving through the first three stages of change, a person is now ready to act.  The action stage is the shortest one but requires the most willpower.  The victim is feeling vulnerable and fearful that she is not making the right choices, especially if she is still being influenced by the abuser.  Her self-esteem is likely destroyed which makes taking action very difficult since she questions her judgment, intelligence, etc.  Even after receiving a lot of support and education, she will likely still be unsure if she’s making the right decisions and will experience a whole host of difficult emotions during this stage.  Additionally, if the abuser is particularly difficult to separate from, she could be forced to not take the actions she desires until the situation becomes safer.

The next stage, maintenance, is the one in which someone hopes to stay in permanently.  This occurs after action has been successfully taken and the person has avoided the temptation to return to old habits (in this case, an abusive partner).  It can be difficult to keep the momentum going and a great deal of energy is required to resist the urge to find comfort in what one has known for so long.  We hope that after leaving her abuser, the survivor will be able to remain in this phase forever, but people are not perfect, and a normal part of any change process includes the tendency to go back to what is familiar.

Our last stage, relapse, is oftentimes referred to as a “fall from grace”.  The person has done such a good job of moving through the previous five stages and making changes in her life, but motivation can run out when one becomes weary.  Or, the outcome is disappointing/not what was expected and as is human nature, we forget how bad something (or someone) was for us and we slip back into old habits.  For a victim of domestic violence, this usually means contacting the ex-abuser.  It is in this stage of change that people on the outside will oftentimes roll their eyes, place judgments on the victim, and wonder why she returned to such an awful person after all that work to leave.  Nostalgia and comfort are powerful forces though – and when you mix in genuine fear, it’s no surprise that a person is going to seek out the one they have so heavily depended on for so many years.  What we need to understand is that even though she may falter here, it does not mean that all is lost.  At this point, she has most likely developed tons of positive coping strategies, gathered useful information, and has a support network to fall back on.  These are things she didn’t have in the beginning and these are the things that will ultimately lead her back to the action stage where she will once again choose herself and her well-being over the abuser.

With some understanding of what a normal change process looks like, we can develop patience with ourselves and others who are going through difficult transitions.  Most likely, we will eventually make it out the other end stronger and happier than ever. 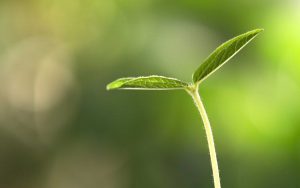 So often I hear people say, “I’d love to go to therapy but I wouldn’t even know where to start!” My advice, as a therapist, is simple: just begin.

There’s no perfect way to tell your story – it’s complicated because you’re a real person who has lived for 20, 30, 40, etc years and has had a lot happen to make you who you are today. Starting anywhere you feel comfortable is perfectly fine. I often ask clients, “Do you know what you’d like to talk about or would you like me to ask you some questions to get going?” It’s common for people to show up and know they need help, but just not know exactly how to express their needs. It’s my job to guide you and give you a little direction. Oftentimes, there will be a “final straw” that brings someone to therapy such as a breakup, loss of job, or major fight with their significant other. In these cases, starting with what happened today and working backwards can feel helpful. If there is no “urgent need” though, maybe starting with how you’ve been feeling about life recently would give you a place to begin. In fact, starting counseling when you’re not in crisis can be wonderful because you have the mental space to start developing good coping strategies for when you do face difficulties.

Remembering that therapy (like most things in life!) is a process and not a race is important. Everything doesn’t need to come out in the first session. As counselors, we are also really good at picking out what’s important and asking you clarifying questions to assist us in getting the information we need to best help you so don’t worry about feeling scattered – we can put it all together.

I remember wanting to try out minimalism last year and just standing there, staring at all my stuff, wondering where to even start because there was so. much. After several weeks of doing nothing, I realized that I was no closer to my goal of getting rid of things I don’t need because I was paralyzed by fear of not starting the “right” way. Finally, I looked at the chaotic mess of books on my shelf and started making piles of what to keep and what to give away. I felt so accomplished after clearing those books away that it gave me the momentum I needed to move on to my closet and then the kitchen, etc. The moral of this story is that to get un-stuck, I just needed to begin somewhere, anywhere.

I would love to hear from you! And if you live in Massachusetts or abroad and are interested in beginning therapy, feel free to visit my site to see if we may be a good fit.